Horner's Syndrome.  Have you ever heard of it?  Nope, neither had I.  Until a few days ago when a neurologist told me that he thinks I have it.  You see, I've had a headache, pain behind my eye, and neck pain all on the left side for two weeks now.  I guess that's not considered normal.  So my doctor sent me for a CT scan.  Nothing.  Normal.  All of my blood work is status quo.  And then she referred me to the neurologist who gave me the above, tentative, diagnosis.

My left eye is sagging.  Drooping.  Just like in the picture.  And there have been a few small episodes where it felt like the left eye was trying to close, or droop.  They happen most often when I'm looking down....trying to text, or read something.  And you won't believe this, but the left side of my forehead isn't sweating to the same degree as the right side.  Weird.  But that's one of the telltale signs.   And I have a strange, unusual sensation on the left side of my forehead.  Not like the right.  The left is more sensitive and feels sort of, well, I don't even know how to describe it to you.  Weird.  And my pupils.  My pupils are asymmetrical....the left one being slightly smaller than the right.

Horner's Syndrome is nothing in and of itself.  It's the manifestation of something else going on.  An issue with nerves being blocked or pinched.  So we need to find out what is causing it and deal with that.  There are a long list of possible causes -- some that wouldn't even hardly phase a guy -- and some that are quite serious.  Things like middle ear infections all of the way to tumors in the chest, head, and neck.  Multiple sclerosis.  Carotid artery troubles.  Cluster headaches.  The list is long...you can see it in the Horner's Syndrome link here.

I'm headed for a CT scan of the brain, carotid arteries, and neck.  And possibly an MRI beyond that.  Also an xray of the chest looking for tumors.  And to see a Neuro Ophthalmologist.  Ever heard of one?  Nope, neither had I.  This person is extremely educated in the intricacies of the brain and eyes and how they work together.  Her appointments are currently scheduled several months out.  But I got in ten days from now because of my urgent referral from the neurologist.

There is a possibility that they will not discover the precise cause.  And there is the possibility that it will go away all by itself.  I've been on Ibuprofen for two weeks.  But that has lessened a bit in the last day or two.  One bit of good news, right?  So, off we go.  Into unknown territory.  It can't be any worse than brain cancer, right?  Like my mom has always said about whatever physical troubles she is having, "Honey, if this is the worst thing that I ever have to deal with, I'll be okay."  I have at least some of her optimism right now.  I think.

Scary stuff, sweetie. Hang in there. Getting the answer is actually better than not knowing. I would sit by your side if it wasn't a 2000 mile commute. Breathe. I'm praying for you.

cheese louise, dear! sending good vibrations/karma/what have you for a happy ending.

smooches to you and blair and mason!

Well, since i work in medical, of course I know of Neuro Ophthalmologists. Let them do their thing, and I would assume they can do an ultrasound of the carotid.....radiology can, not the eye doc.

At least you have a plan and are taking action. Good job. Yell if you need any advice on docs or navigating through the medical system.

Yes, I have heard of it; get as much education as you can on it; this helps.

Like Birdie said, this is scary stuff. I'll be thinking about you, a lot.

Positive thoughts coming to you from Boston.

good to see you today. I hope you have a speedy recovery and hope they can get to the root of the problem....we send out love

Thinking of you and sending even more good wishes from Boston (better than sending you a hurricane!)
--Bill

I hope they find a good, benign reason behind this and you are back on the mend in no time!

Weather Where I Live

Recent reviews by A Lewis T.
What's this?

My Life...In You Tube VIDEOS

Wanderings of the Spirit 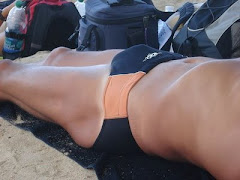 Jimmi and Dan Variety Cast With Me!